Neyland Stadium is the home football stadium of the University of Tennessee Volunteers in Knoxville, Tennessee.

It is the largest football stadium in the South, and the third largest in the United States. After 79 years and 16 expansion projects, Neyland Stadium now has an official capacity of 102,037 seats. The stadium, apart from the field it grew to enclose, came to bear its own name – Neyland Stadium.

It was named for the man most responsible for the growth and development of Tennessee’s football program. 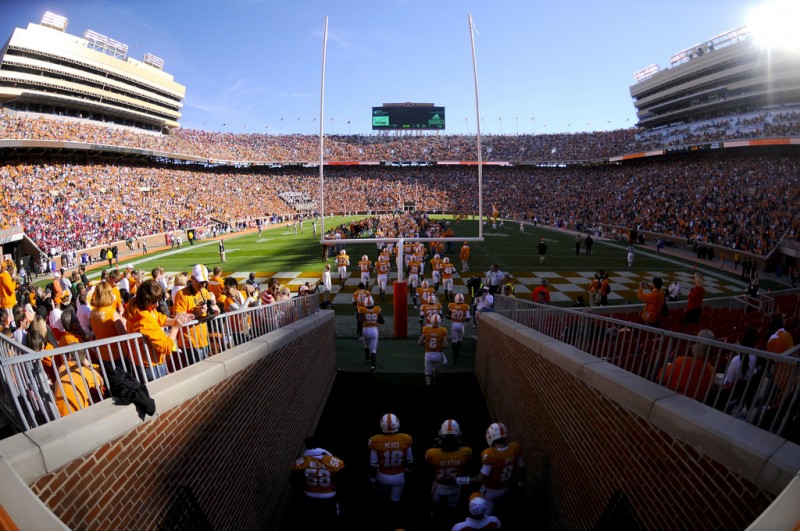 After retiring from coaching, General Neyland was the University’s Athletics Director until his death in 1962.

Members of the SEC